This topic has been bothering me for a long time. Wikipedia is perceived as a universal source of knowledge on every possible subject. You type in any search term you like and a link to the Wikipedia term will appear on the first page, it will be one of the first results.

However, if you take a closer look at some of the topics on Wikipedia, you can see that they are heavily guarded against some ideas and simple facts.

The slogan that „anyone can edit Wikipedia” can be put between fairy tales. I recommend that you try to deliberately and meaningfully edit any term on the English or Polish Wikipedia to quickly bounce back from the wall of moderation, bots and the only right line of thought.

Someone will say that there is no moderation on Wikipedia, but it is made up of both editors and administrators, a new user has little chance that his editions, no matter how substantial and compliant with the rules, have not been quickly removed.

Right-wing views are not welcome

If you are interested in the media landscape, politics and the eternal struggle between left and right, you will quickly discover that right-wing content topics are effectively moderated and removed.

Often right-wing politicians and media activists' terms are blocked, and any editions covered by reliable sources of information are questioned by the most senior administrators of the website, so long as they are not in the final version presented to the general public.

This is a topic that has brought my attention of the Wikipedia administration's dishonest behavior. Project Veritas in short, it's a group founded by investigative journalist James O'Keefe. He uses techniques such as covert recording to expose irregularities in government institutions or large corporations such as Twitter, CNN and others.

Reviewing an article on Wikipedia about Project Veritas we get a limited overview of the information, in addition to trying to discredit James O'Keefe.

This is all the more outrageous as the investigations of Project Veritas are quoted by the largest American news magazines and television stations. There is an obvious hypocrisy of reality that does not fit in with the views of the Wikipedia administration.

These actions on Wikipedia are hardly accidental or isolated, and any attempts by other Wikipedians to make changes end up being withdrawn by senior users, including administrators.

Digital exile into oblivion for the disobedient

More vocal critics of liberal views are facing an unfortunate fate when it comes to their own image on Wikipedia. For example, the well-known right-wing YouTuber Mark Dice.

For years he has been making humorous movies ridiculing left-wing views and commenting on the political scene in the USA. Reading an article about him on Wikipedia, you might think he's a fanatic who only talks about conspiracy theories and Illuminati.

All information about his new best-selling books has been blocked too. 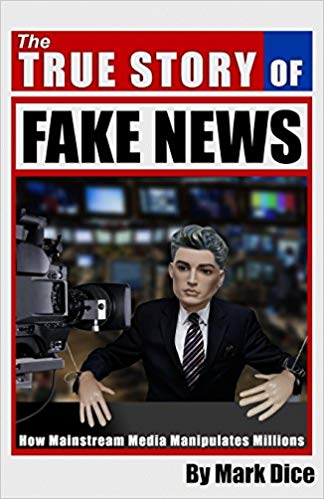 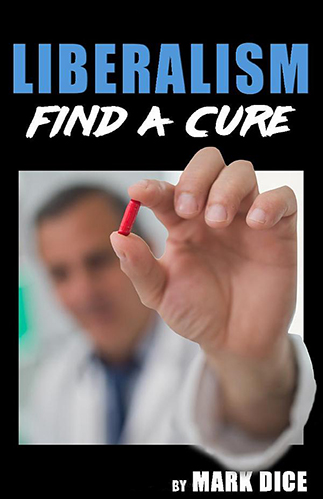 Independently from political views it is worth to think whether blocking such information as e.g. the fact that someone wrote a book that is on the list of bestsellers of Amazon, is a reason for blocking this knowledge.

It is worth seeing what the entry about the same man on Everipedia looks like:

There are also controversies related to him, but also a lot of facts that were not passed through the left-wing moderation of Wikipedia.

The Washington Times, among others, wrote about this case:

The creator of Wikipedia, Jimmy Wales, was also asked to intervene. He tried to intervene in the discussion of this article, but was dismissed with a flourish. The administrator suggested that he stay out of it because there was no basis for it, and everything was done according to the rules of Wikipedia. This discussion was later removed as well.

The example of Project Veritas or Mark Dice shows that Wikipedia is ruled by left-wing extremists, since even the administrator of the website has joined in blocking his term, effectively preventing any changes and even hiding the discussion about possible modifications.

The Polish edition of Wikipedia deserves a separate article. This is an even more guarded and moderated version of the English Wikipedia.

If you look at the history of editing any term you can find a whole list of moderator actions that remove every possible modification, not in line with the views of site administration.

An interesting thing are also external links and references, often thrown into articles as a form of spam and rightly deleted. However, on Polish Wikipedia they are treated as the quintessence of evil and are removed in any form.

An example is the password „Operating system”, you won't find any external link there:

Comparison with the English term allows us to understand that there is something wrong with the Polish version of Wikipedia when it comes to the topic of external links:

Do you believe that there is really not a single article on operating systems in Polish that deserves mention or reference? Not according to Polish Wikipedia editors.

Let's take a look at another interesting case, a term „Software”:

As you can see, over the years one reference has been added to the 1936 article about Alan Turning. Since then, according to Polish Wikipedists, nothing interesting has been written on this subject. Nothing worthy of Polish Wikipedia.

One of the most famous cases of Wikipedia falsification is the case of Henry Batuta. This term was on the Polish Wikipedia for 2 years.

If it has not been noticed for so long, the question arises how many false information has been deliberately included in it and how many true facts have been hidden or removed.

Can you trust Wikipedia?

As far as technical articles are concerned, I didn't encounter any manipulation myself, but it seems to me that people avoid editing even these articles for a simple reason — they did it before and their changes were removed. This can be seen from the fact that there is no updated information that can be easily found on other sites. This is not a big disadvantage of Wikipedia, but it also does not convince me to use it as a source of up-to-date information.

However, when it comes to politics and the media, the revealed information raises a big question mark as to whether one can even believe what is being written. In my opinion, Wikipedia is not a good source of truthful information because of the curtained actions of the administration on these topics, and the question remains as to how many other topics are subject to blocking and censorship practices.

It is worthwhile to become familiar with alternative sources of information, such as Everipediia or Quora, where you can also find many interesting facts unavailable on Wikipedia.

Wikipedia asks for financial support every year. They use noble slogans and empty platitudes. I don't think it's worth supporting a project that I think is a wolf in sheep's clothing.

This is, in fact, another gatekeeper on the media market with a monopoly on truth, which only harms and conceals important information from people.

This is all the more damaging because the results from Wikipedia are presented on every possible topic as the first in search results, creating an alternative, untrue version of reality.

Wikipedia is also not a user-friendly place, it is guarded by a strong group of privileged users and attempts to make any changes are quickly blocked.

Censorship, content deletion, information blocking, new facts blocking, clear political bias and hostile approach to the regular user are reasons why it is not worth supporting Wikipedia until there are significant changes.

Is there an alternative to Wikipedia?

Wikipedia is not the only source of knowledge, people are beginning to notice that some topics are hidden on its pages, so alternative projects like Everipedia have been created.

Got questions?
Hire me!
My software